The Yuan is, in the Chinese language, the base unit of a number of modern Chinese currencies. The distinction between yuan and renminbi is analogous to that between the pound and sterling.

The symbol for the yuan is also used to refer to the cognate currency units of Japan and Korea, and is used to translate the currency unit dollar; for example, the US dollar is called Meiyuan, or American yuan, in Chinese. When used in English in the context of the modern foreign exchange market, the Chinese yuan most commonly refers to the renminbi.

Yuan in Chinese literally means a “round object” or “round coin”. During the Qing Dynasty, the yuan was a round and silver coin.

The yuan was introduced at par with the Mexican peso, a silver coin deriving from the Spanish dollar which circulated widely in South East Asia since the 17th century due to Spanish presence in the region, namely Philippines and Guam. It was subdivided into 1000 cash (wén), 100 cents or fen (fēn), and 10 jiǎo (not given an English name, cf. dime). It replaced copper cash and various silver ingots called sycees. The sycees were denominated in tael. The yuan was valued at 0.72 tael, (or 7 mace and 2 candareens).

The earliest issues were silver coins produced at the Kwangtung mint. Other regional mints were opened in the 1890s. The central government began issuing its own coins in the yuan currency system in 1903. Banknotes were issued in yuan denominations from the 1890s by several local and private banks, along with banks established by the Imperial government.
After the revolution, a great many local, national and foreign banks issued currency. Although the provincial coinages mostly ended in the 1920s, the provincial banks continued issuing notes until 1949, including Communist issues from 1930. Most of the banknotes issued for use throughout the country bore the words “National Currency”, as did some of the provincial banks. The remaining provincial banknotes bore the words “Local Currency”. These circulated at varying exchange rates to the national currency issues.
During the 1930s, several new currencies came into being in China due to the activities of the invading Japanese. The pre-existing, national currency yuan came to be associated only with the Nationalist, Kuomintang government. In 1935, the Kuomintang Government enacted currency reforms to limit currency issuance to four major government controlled banks: the Bank of China, Central Bank of China, Bank of Communications and later the Farmers Bank of China. The circulation of silver yuan coins was prohibited and private ownership of silver was banned. The banknotes issued in its place were known as fǎbì or “Legal Tender”. A new series of base metal coins began production in 1936 following the reforms.
Between 1930 and 1948, banknotes were also issued by the Central Bank of China denominated in customs gold units. These circulated as normal currency in the 1940s alongside the yuan.
In the aftermath of the Second World War and during the civil war which followed, Nationalist China suffered from hyperinflation, leading to the introduction of a new currency in 1948, the gold yuan. 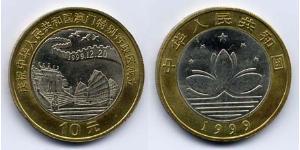 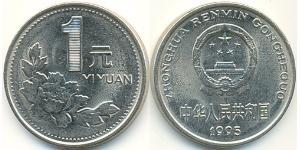 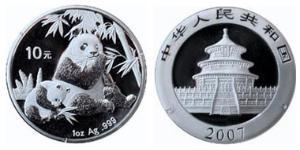 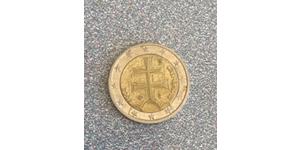