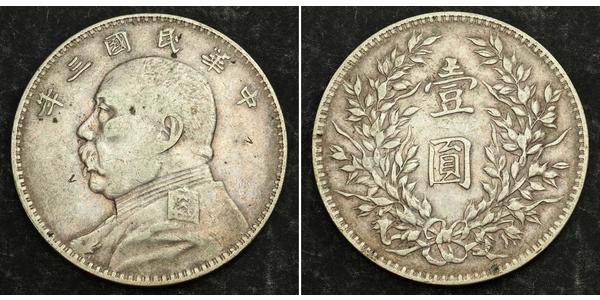 Yuan Shikai (also named after birthplace Yuan Xiangcheng) ( 16 September 1859 - 6 June 1916) was an important Chinese general and politician famous for his influence during the late Qing Dynasty, his role in the events leading up to the abdication of the last Qing Emperor of China, his autocratic rule as the first President of the Republic of China, and his short-lived attempt to revive the Chinese monarchy, with himself as the "Great Emperor of China".

With Yuan's death, China was left without any generally recognized central authority and the army quickly fragmented into forces of combating warlords. For this reason he is usually called the Father of the Warlords.

Since those who opposed Yuan could do so only from a territorial military base, Yuan's career as president and emperor contributed greatly to China's subsequent political division and also initiated the warlord era that troubled China for the next 10 to 20 years.

English
Coin variations: 384 instance(s)
Prices: 380 instance(s)
You may be interested in following coins 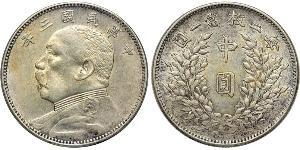 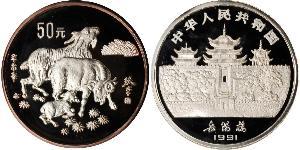 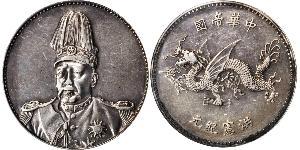