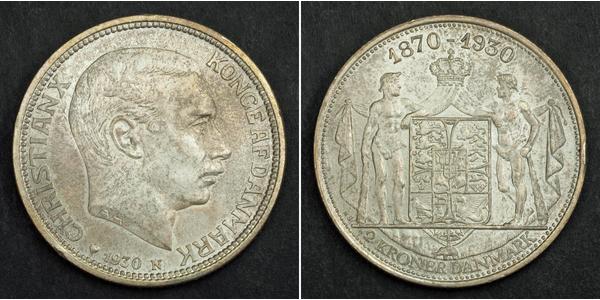 He was the third Danish monarch of the House of   Glücksburg and the first member of his family since king Frederick VII   to have actually been born into the Danish royal family; both his     father and his grandfather were born as princes of a German ducal     family. Among his siblings was King Haakon VII of Norway.

His character as a ruler has been described as   authoritarian, and he   strongly stressed the importance of royal   dignity and power, in spite of   the growing importance of democracy.   His reluctance to embrace democracy resulted in the Easter Crisis of   1920,   in which he dismissed the democratically elected cabinet with   which he   disagreed, and instated one of his own choosing. This was   nominally his   right in accordance with the constitution, but facing   the risk of the   monarchy being overthrown he was forced to accept   democratic control of   the state and the role as a nominal   constitutional monarch.

In spite of becoming unpopular due to his resistance   to democracy, during the German Occupation of Denmark he did become a   popular symbol of resistance to German occupation,   particularly   because of the symbolic value of the fact that he rode   every day   through the streets of Copenhagen unaccompanied by guards. He   also   became the subject of a persistent urban legend according to which,   during Nazi occupation, he donned the Star of David in solidarity with   the Danish Jews.   This is not true, as Danish Jews were not forced to   wear the Star of   David. However, the legend likely stems from a 1942   British report that   claimed he threatened to don the star if this was   forced upon Danish   Jews. This is also supported by the king's personal   diary, where the following entry can be found:

When you look at the inhumane treatment of Jews,   not only in Germany   but occupied countries as well, you start worrying   that such a demand   might also be put on us, but we must clearly   refuse such this due to   their protection under the Danish   constitution. I stated that I could   not meet such a demand towards   Danish citizens. If such a demand is   made, we would best meet it by   all wearing the Star of David.

In addition, he helped finance the transport of   Danish Jews to unoccupied Sweden, where they would be safe from Nazi   persecution.

With a reign spanning two world wars, and his role as   a rallying   symbol for Danish national sentiment during the German   Occupation, he   has become one of the most popular Danish monarchs of   modern times.