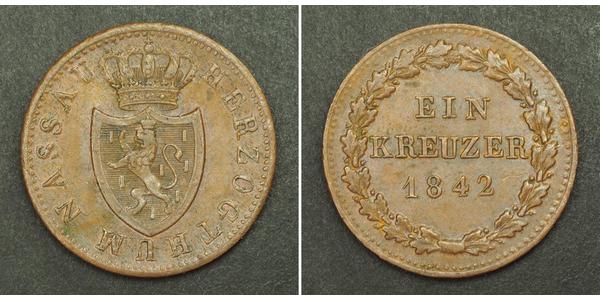 Nassau was a German state within the Holy Roman Empire and later in the German Confederation. Its ruling dynasty, now extinct in male line, was the House of Nassau.

Nassau, originally a county, emerged on the lower Lahn river in what is today Rhineland-Palatinate. The town of Nassau was founded in 915. Robert, son of Dudo-Henry, Count of Laurenburg, who had held Nassau as a fiefdom granted by the Bishopric of Worms, built a Nassau Castle here about 1125, calling himself "Count of Nassau". Nevertheless this title was not acknowledged by the Bishop of Worms until 1159 under the rule of Robert's son Walram.

The Nassauers held the territory between the Taunus and the Westerwald at the lower and middle Lahn. By 1128, they acquired the bailiwick of the Bishopric of Worms, which had numerous rights in the area, and thus created a link between their heritage at the lower Lahn and their possessions near Siegen. By the middle of the 12th century, this relationship was strengthened with the acquisition of parts of the Hesse-Thüringen feudal kingdom, namely the Herborner Mark, the Kalenberger Zent and the Court of Heimau (Löhnberg). Closely linked to this was the "Lordship of Westerwald", which was also in Nassau possession at this time. At the end of the 12th century, the House had also acquired the Reichshof Wiesbaden as an important base in the southwest.

After the Counts of Nassau acquired the estates of Weilburg, the sons of Count Henry II in 1255 divided Nassau for the first time. Walram II received the county of Nassau-Weilburg, while his younger brother, Otto I, held the County of Nassau-Siegen and Nassau-Dillenburg from 1328 on, the estates north of the Lahn river.The boundary line was essentially the Lahn, with Otto receiving the northern part of the county with the cities of Siegen, Dillenburg, Herborn and Haiger and Walram retaining the part south of the river with the cities of Weilburg and Idstein.

At the 1815 Congress of Vienna the Principality of Orange-Nassau was incorporated into the Duchy of Nassau and subsequently the unified duchy joined the German Confederation. Through the extinction of most lines, the Nassau-Usingen branch of the Nassau-Weilburg line under Duke William became the reigning house of Nassau until after the Austro-Prussian War in 1866 it was annexed by the Kingdom of Prussia and incorporated into the Province of Hesse-Nassau. William's son Adolphe, last Duke of Nassau, received Luxembourg after the male line of Nassau-Dillenburg became extinct in 1890. 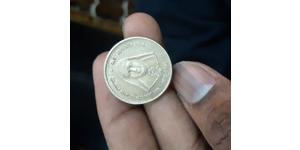