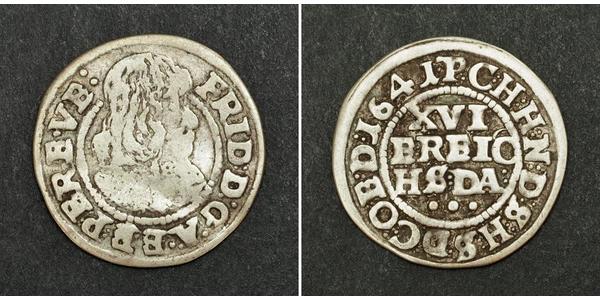 He was the elder son of Duke Johann Adolf of Holstein-Gottorp and Augusta of Denmark. His mother was a daughter of King Frederick II of Denmark.

He had ambitious plans concerning the development of sea trade. With this purpose he established Friedrichstadt in 1621, in sympathy with city of Glückstadt established in 1617 by Christian IV of Denmark. Furthermore, he attempted to find a commercial way to Russia and Persia that would not pass around Africa. For this reason he sent on 6 November 1633 the expedition from Hamburg to Moscow under the management of a commercial agent of Otto Brüggemann and a ducal adviser, Philipp Crusius, and with Adam Olearius as secretary. On 14 August 1634 the delegation arrived at Moscow.   Although it was not successful in concluding a commercial agreement with   Tsar Michael I of Russia, nevertheless, immediately after the return of the delegation to Gottorp on 6 April 1635, Frederick began the preparation of the following expedition.

The difficult task of leading the country through the Thirty Years' War confronted Frederick. He tried a policy of neutrality, which meant in practice the refusal of the union with Denmark and inclinations toward Sweden. Thus, he married his daughter Hedwig Eleonore to King Charles X of Sweden. Since the Swedish attempt at being the Great Power ultimately failed, Frederick's pro-Swedish policy led to the weakening of the house of Holstein-Gottorp.

Frederick as the patron of art and culture was more successful. Thus he founded on 3 September 1642 together with Prince Louis I of Anhalt-Köthen the Fruitbearing Society. Furthermore, he contributed to the creation of the Globe of Gottorf. The painter Jürgen Ovens worked more than 30 years for him and his successor Christian Albrecht of Holstein-Gottorp.