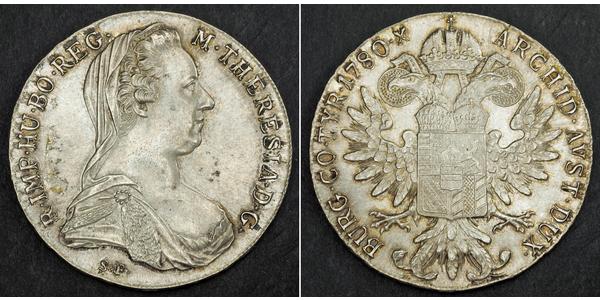 An unofficial trade dollar, the final date of the Maria Theresa Thaler has been restruck intermittently since 1781 to modern times at many world mints. It has been used in many areas that lacked a firm local coinage, particularly in north and east Africa and the Near East. About 800 million were struck to date.

A clear edge inscription with clear square capital letters as seen here is present only on early restrikes, as described by Hafner!

The double-dots between "ET" and "CLEMENTIA" are typical for the variety H49 described by Hafner in his book of MT Thalers!