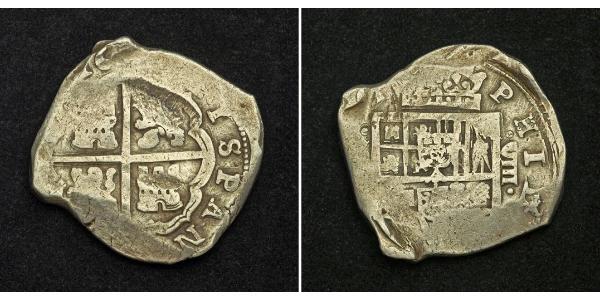 Obverse: Cross of Jerusalem with lions and castles in quarters. Traces of the date ([16]??) recognizable above!
Legend: HISPANIARVM . REX . [I6]I2 .

Reverse: Coat of Arms of the Spanish line of the House Habsburg. Value (VIII) to right.
Legend: PHIL[IPPVS...]

For your consideration a large 8 reales silver colonial cob coin, struck between 1611 and 1621 at the Seville mint. A beautiful, typically crude and 100% authentic cob coin!

Philip III (Spanish: Felipe III; April 14, 1578 - March 31, 1621) was the King of Spain and King of Portugal and the Algarves, where he ruled as Philip II of Portugal (Portuguese: Filipe II), from 1598 until his death. His chief minister was the Duke of Lerma. Philip III married Margaret of Austria, sister of Emperor Ferdinand II, and like her husband, a member of the House of Habsburg.

Born in Madrid, the son of Philip II of Spain and his fourth wife (and niece) Anna, daughter of the Emperor Maximilian II and Maria of Spain. He shared the viewpoints and beliefs of his father, including his piety, but did not inherit his industry. The diligent old king had sorrowfully confessed that God had not given him a son capable of governing his vast dominions, and that he had foreseen that Philip III would be led by his servants. This assessment ultimately proved correct. In the view of historian J. H. Elliott, his "only virtue appeared to reside in a total absence of vice".

The new king put the direction of his government entirely into the hands of his favourite, the Duke of Lerma, Francisco GomÃƒÂ©z de Sandoval y Rojas, and when he fell under the influence of Lerma's son, CristÃƒÂ³bal de Sandoval, the Duke of Uceda in 1618, he trusted himself and his states to the new favourite. Unlike his father, Philip was not interested in the day-to-day business of government. He spent many months each year travelling to different palaces with his court, away from the government centre. His household costs rose enormously at a time of falling income. 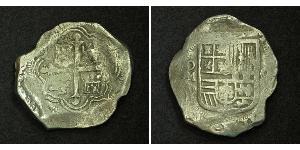 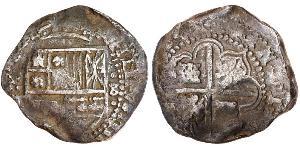 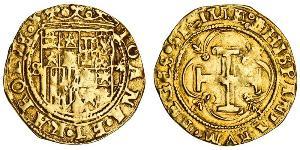 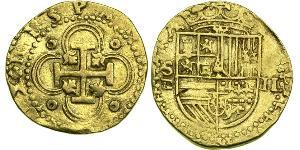 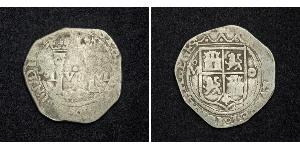 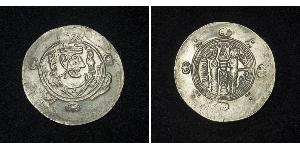 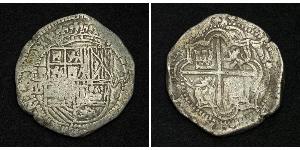 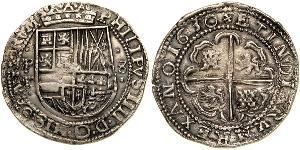 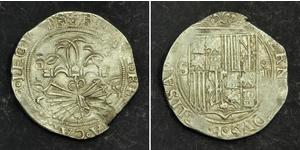