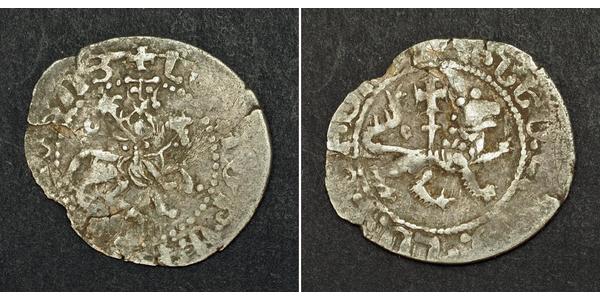 Leo III (or Leon III) Armenian: Լեիոն Գ, Levon III) (occasionally numbered Leo IV; (1289–1307) was a young king of the Armenian Kingdom of Cilicia, ruling from 1303 or 1305 to 1307, along with his uncle Hethum II. A member of the Hethumid dynasty, he was the son of Thoros III of Armenia and Margaret of Lusignan, who was the daughter of King Hugh III of Cyprus.

In 1303, while still a minor, he was crowned King of Armenia upon the retirement of his uncle Hethum II, who became Regent. Cilician Armenia at the time was in a volatile situation, maintaining a fragile relationship as a vassal state of the Mongol Empire, while defending from attacks by the Muslim Mamluks from the south. The throne of Armenia had changed hands multiple times during Leo's brief lifetime, being held variously by his uncle Hethum II in 1295, passed peacefully to his father Thoros III in 1296, then usurped by another uncle Sempad, who was usurped by his brother Constantine III of Armenia, who himself was deposed by his brother Hethum II in 1299. Thoros III having been killed in 1298, Hethum then passed the crown to Thoros's son, Leo, in 1303.

In 1305, Hethum and Leo led the Armenian army to defeat a Mamluk raiding force at Bagras.

On November 17, 1307, Leo and Hethum were murdered with their retinue while visiting the Mongol general Bilarghu at Anazarva. Bilarghu, a Mongol who had converted to Islam, had sought to build a mosque in the capital city of Sis, but Hethum had blocked the move and complained to the leader of the Mongol Ilkhanate, Oljeitu. Bilarghu invited Hethum, Leo, and many other Armenia nobles to a meeting at Anazarva, presumably for discussions, but then his forces attacked, and all of the nobles were killed. Bilarghu was later executed by the Mongol ilkhan for his actions.

Leo was succeeded as king by another of his uncles, Oshin.