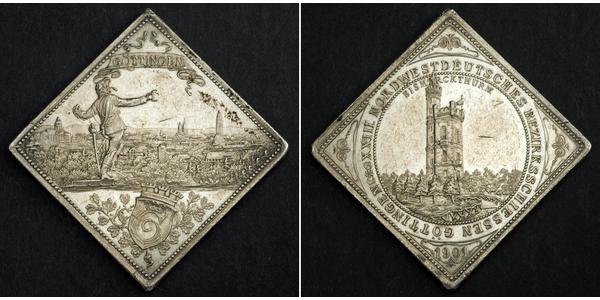 Obverse: Standing person holding a beer mug in front of city-view of Göttingen. Crowned coat-of-arms of the City on oak-spray below. Banner with name of the city above.

Göttingen ( Low German: Chöttingen) is a university city in Lower Saxony, Germany, the capital of the eponymous district. It is run through by River Leine. At the start of 2017, the population was 134,212. In 1854 the city was connected to the new Hanoverian Southern Railway.