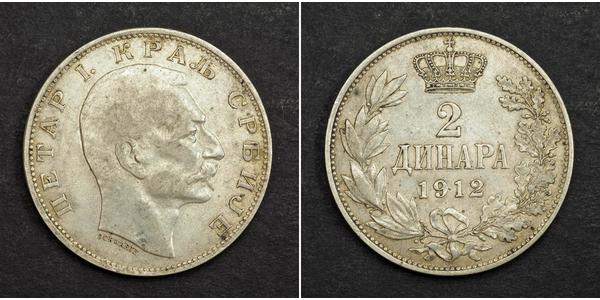 Obverse: Head of King Peter I of Serbia right. Designer's signature (SCHWARTZ) below bust truncation. Privy marks of the Paris mint at sides. Legend (translated): "Peter I. King of Serbia"