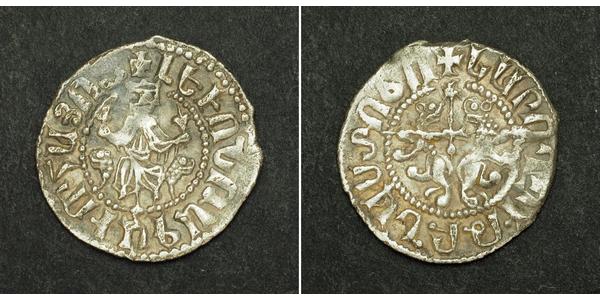 Reverse: Two lions rampant, back to back; long cross between. Legend (translated): "+ By the will of God"