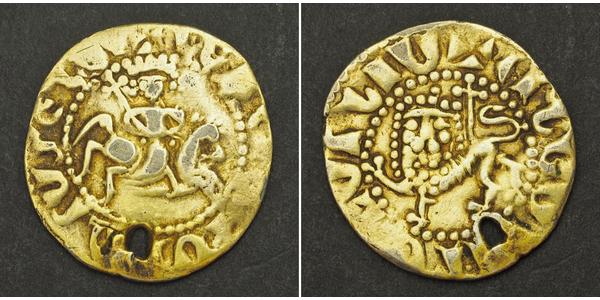 Leo was born in 1236, the son of King Hetoum I and Queen Isabella. Hetoum and Isabella's marriage in 1226 had been a forced one by Hetoum's father Constantine of Baberon, who had arranged for Queen Isabella's first husband to be murdered so as to put Constantine's own son Hetoum in place as a co-ruler with Isabella. They had six children, of which Leo was the eldest. One of his sisters was Sibylla of Armenia, who was married to Bohemond VI of Antioch to bring peace between Armenia and Antioch.

In 1262 Leo married Keran (Kir Anna), the daughter of Prince Hetoum of Lampron.

In 1266, while their father king Hetoum I was away to visit the Mongol court, Leo and his younger brother Thoros fought to repel Mamluk invaders, at the Battle of Mari. Thoros was killed in combat, and Leo, along with 40,000 other Armenian soldiers was captured and imprisoned. When King Hetoum returned, he paid a large ransom to retrieve his son, including a large quantity of money, handing over several fortresses, and accepting to intercede with the Mongol ruler Abagha in order to have one of Baibars's relatives freed.

Hetoum I abdicated in 1269 in favour of his son, and entered the Franciscan order. He died a year later. The new king Leo II was known as a pious king, devoted to Christianity. He pursued active commercial relations with the West, by renewing trade agreements with the Italians and establishing new ones with the Catalans. He also endeavoured to reinforce the Mongol alliance, as his father Hetoum I had submitted Armenia to Mongol authority in 1247.

In 1271, Marco Polo visited the Armenian harbour of Ayas and commented favourably about Leo's reign and the abundance of the country, although he mentions his military forces were rather demoralized:

The king [Leo II] properly maintains justice in his land, and is a vassal of the Tartars. There are many cities and villages, and everything in abundance.(...) In the past, men were courageous at war, but today they are vile and chetive, and don't have other talents than drink properly.

In 1275 the Mamluk sultan Baibars invaded Cilicia for a second time. The following year, Armenia fought off an invasion by the Turkomans, but the Constable Sempad, Leo's uncle, was killed in combat.

In 1281 Leo joined the Mongols in their invasion of Syria, but they were vanquished at the Second Battle of Homs. Leo had to sue for peace, and in 1285 obtained a 10-year truce in exchange for important territorial concessions in favour of the Mamluks.

Leo died in 1289 from arsenic, and was succeeded by his son Hetoum II.