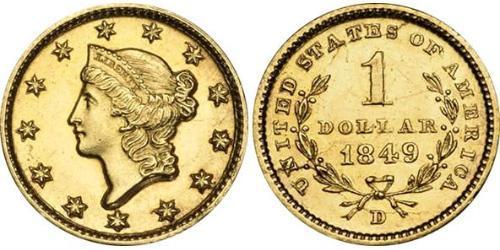 The Liberty Head Gold Dollar (also known as the Type One Gold Dollar) was minted from 1849 to 1854.
The obverse of the coins depicts Liberty’s head circled by thirteen stars. She faces to the left and wears a coronet inscribed with the word “LIBERTY”. The reverse depicts a simple wreath encircling the date and value of the coin, and the inscription “UNITED STATES OF AMERICA”
Coinage of the gold dollar was authorized by the Act of March 3, 1849. The weight was 25.8 grains, fineness .900. The first type, struck until 1854, us known as the Liberty Head or small-sized type.
In 1854 the piece was made larger in diameter and thinner. The design was changed to a feather headdress on a female, generally referred to as the Indian Head or large-sized type. In 1856 the type was changed slightly by enlarging the size of the head. 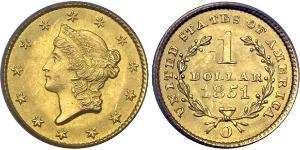 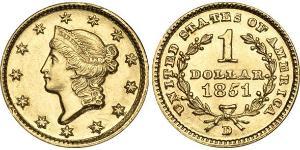 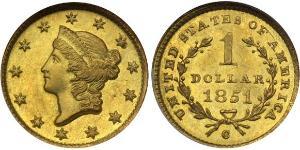 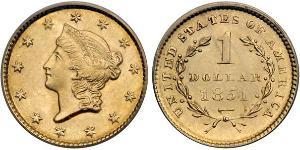 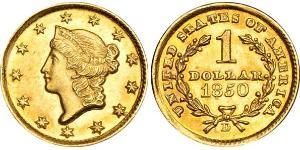 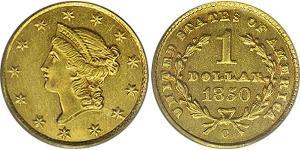