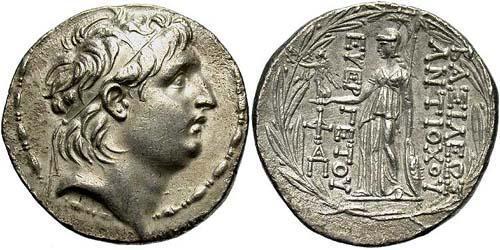 Antioch on the Orontes (Latin: Antiochia ad Orontem; also Great Antioch or Syrian Antioch) was an ancient city on the eastern side of the Orontes River. It is near the modern city of Antakya, Turkey. Founded near the end of the 4th century BC by Seleucus I Nicator, one of Alexander the Great’s generals, Antioch eventually rivaled Alexandria as the chief city of the Near East and was a cradle of gentile Christianity. It was one of the four cities of the Syrian tetrapolis. Its residents were known as Antiochenes.

Antiochus VII Euergetes, nicknamed Sidetes (from Side), ruler of the Hellenistic Seleucid Empire, reigned from 138 to 129 BC. He was the last Seleucid king of any stature. The brother of Demetrius II, Antiochus was elevated after Demetrius' capture by the Parthians. He married Cleopatra Thea, who had been the wife of Demetrius. Their offspring was Antiochus IX, who thus became both half-brother and cousin to Seleucus V and Antiochus VIII. Sidetes defeated the usurper Tryphon at Dora and laid siege to Jerusalem in 134. According to Josephus the Hasmonean king John Hyrcanus opened King David’s sepulchre and removed three thousand talents, which he then paid Antiochus to spare the city. Sidetes then attacked the Parthians, supported by a body of Jews under Hyrcanus, and briefly took back Mesopotamia, Babylonia and Media before being ambushed and killed by Phraates II. His brother Demetrius II had by then been released, but the Seleucid realm was now restricted to Syria. 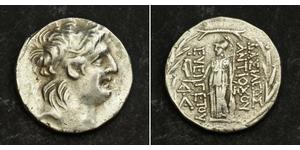 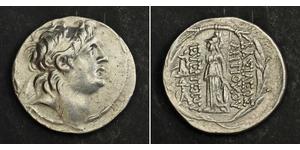 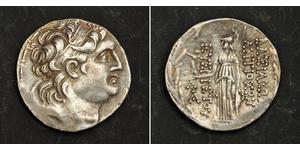 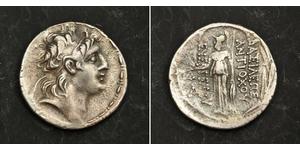 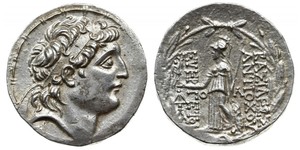 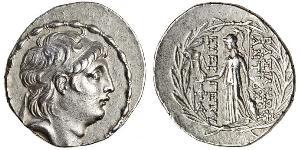 spa1 » Seleukid Empire (312 BC–63 BC) (16 coins)
Seleucid dynasty founded by Seleucus I Nicator following the division of the empire (Macedonia) created by Alexander the Great. Seleucus established himself in Babylon in 312 BC, the year used as the foundation date of the Seleucid Empire. T ...
Related coins recently sold in WWW 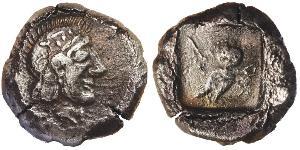 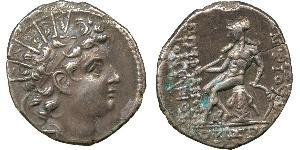 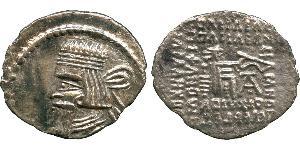 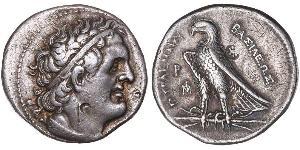