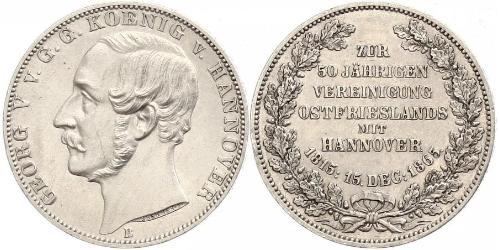 The County of East-Frisia was a county (though ruled by a prince since 1662) in the region of East Frisia in the north-west of the present day German state of Lower Saxony. In 1807 it was annexed by France and added to the Kingdom of Holland as department East-Frisia. After France directly annexed the kingdom in 1810, the territory became part of the French Ems-Oriental department. In 1815 it was added to the Kingdom of Hannover. In present day it is part of the German state of Lower Saxony.

George V (George Frederick Alexander Charles Ernest Augustus; 27 May 1819 – 12 June 1878) was the last king of Hanover and a member of the German branch of the House of Hanover. In the peerage of Great Britain, he was Duke of Cumberland.

George V was a first cousin of Queen Victoria, and inherited the Hanoverian realm, which could not pass to her in 1837, because of Salic law, via his father, who became its king instead. He was the last sovereign ruler of the Kingdom of Hanover, losing the territory by annexation to Prussia in 1866, during the Austro-Prussian War, thereby leading to the birth of the modern nation state of Germany.

His Royal Highness Prince George of Cumberland was born in Berlin, the only son of Prince Ernest Augustus, Duke of Cumberland, himself fifth son of George III, and his wife, Princess Frederica, Duchess of Cumberland.

He spent his childhood in Berlin and in Britain, losing the sight of one eye during a childhood illness, and the other in an accident in 1833. His uncle, William IV, created him a Knight of the Garter on 15 August 1835.

Upon the death of William IV and the accession of Queen Victoria to the British throne, the 123-year personal union of the British and Hanoverian thrones ended due to the operation of Salic Law in the German states. The Duke of Cumberland succeeded to the Hanoverian throne as Ernst August I, and Prince George became the Crown Prince of Hanover. As a legitimate male-line descendant of George III, he remained a member of the British Royal Family, and second in line to the British throne, until the birth of Queen Victoria’s first child, Victoria, Princess Royal, in 1840. Since he was totally blind, there were doubts as to whether the Crown Prince was qualified to succeed as king of Hanover; but his father decided that he should do so.

The Crown Prince succeeded his father as the King of Hanover and Duke of Brunswick-Lüneburg, as well as Duke of Cumberland and Teviotdale, in the Peerage of Great Britain, and Earl of Armagh, in the Peerage of Ireland, on 18 November 1851, assuming the style

From his father and from his maternal uncle, Prince Charles Frederick of Mecklenburg-Strelitz, one of the most influential men at the Prussian court, George had learned to take a very high and autocratic view of royal authority. During his 15-year reign, he engaged in frequent disputes with the Hanoverian parliament. Having supported Austria in the Diet of the German Confederation in June 1866, he refused, contrary to the wishes of his parliament, to assent to the Prussian demand that Hanover should observe an unarmed neutrality during the Austro-Prussian War. As a result, the Prussian army occupied Hanover and the Hanoverian army surrendered on 29 June 1866, the King and Royal Family having fled to Austria. The Prussian government formally annexed Hanover on 20 September, but the deposed King never renounced his rights to the throne nor acknowledged Prussia’s actions. From exile in Gmunden, Austria, he appealed in vain for the European great powers to intervene on behalf of Hanover. From 1866, George V maintained the Guelphic Legion at his own expense.

King George died in Paris in June 1878. He was buried in St George’s Chapel at Windsor Castle. 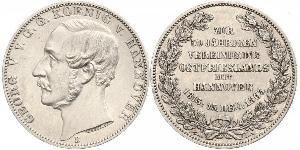 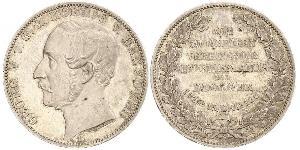 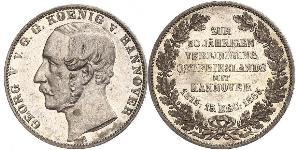 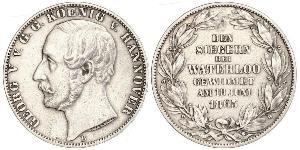 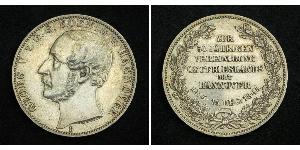