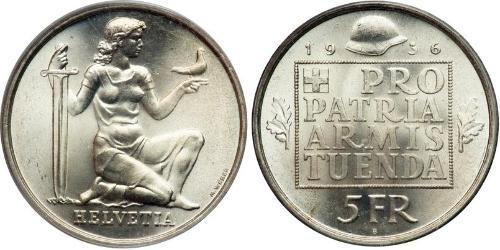 
Reverse: Helmet splitting date (19-36) above square with inscription in four lines. Value (5FR) and mint initial (B) below, oak-leafs at sides. 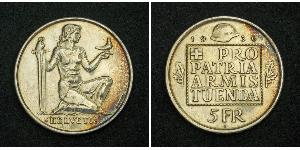 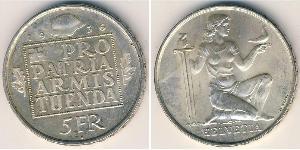 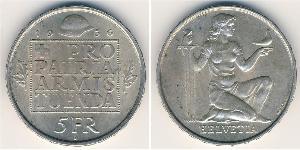 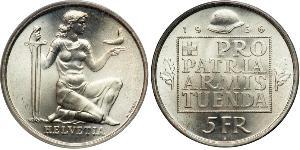 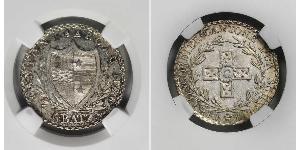 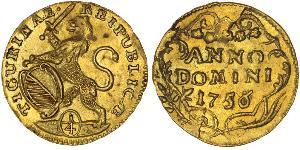