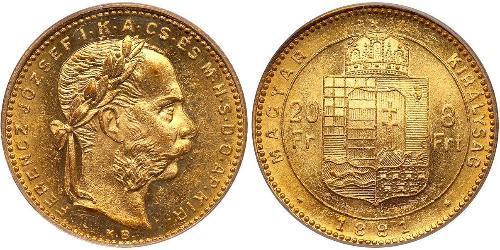 The Holy Crown of Hungary (Magyar Szent Korona, Latin: Sacra Corona), also known as the Crown of Saint Stephen, is the only crown known today with &quot;holy&quot; attribute.

The Hungarian coronation insignia consists of the Holy Crown, the sceptre, the orb, and the mantle. Since the twelfth century kings have been crowned with the still extant crown. The orb has the coat-of-arms of the Hungarian king K&aacute;roly R&oacute;bert of Anjou (1310-1342); the other insignia can be linked to Saint Stephen.

The Crown was bound to the Lands of the Crown of Saint Stephen, (sometimes the Sacra Corona meant the Land, the Carpathian Basin, but it also meant the coronation body, too). (see more: Doctrine of the Holy Crown) No king of Hungary was regarded as having been truly legitimate without being crowned with it. In the history of Hungary, more than fifty kings were crowned with it (the two kings who were not so crowned were Sigismund Johann II and Joseph II).

Franz Josef was the eldest son of Archduke Franz Karl (Francis Charles), who was brother and heir of Austrian Emperor Ferdinand I. Because his father renounced his right to the throne, Franz Josef became emperor when Ferdinand abdicated near the end of the revolution of 1848.

1. -- Austria’s &quot;betrayal&quot; of Russia in the Crimean War (1853-1856) seriously damaged Austro-Russian relations. Lingering Russian ill will was a factor in the July (1914) Crisis which led to the outbreak of WWI.

2. -- The unification of Italy provided a new threat to the empire. In the decade that followed, Austria lost nearly all of its Italian possessions, such as Lombardy and Venetia.

3. -- The rise of Prussian dominance of the German Confederation, and Austria’s loss of the Austro-Prussian war in 1866. German unification in 1871 made Austria the lesser of the two German powers.

Austria was weakened by these reverses. Franz Josef had little choice but to negotiate with Hungary on its demands for autonomy. Austria and Hungary agreed to create a dual monarchy in which the two countries would be equal partners. Under the empire of Austria-Hungary, as it was known after 1867, Hungary had complete independence in internal affairs, but the two countries acted jointly in foreign affairs. (This fact contributed to the slowness of A-H’s response to the murder of Franz Ferdinand).

The same year, Franz Josef and Elizabeth were formally crowned king and queen of Hungary. (Franz Josef married Elizabeth, daughter of Duke Maximilian of Bavaria, in 1854. They had one son, Rudolf, and three daughters.) As the dual monarch, Franz Josef planned to grant some form of self-government to the Austrian Slavs, but the German and Magyar elites who actually controlled the empire opposed any sharing of power. The resulting dissatisfaction among Austrian Czechs and Serbs further weakened the Habsburg realms and caused increased friction with Russia, which championed the cause of Europe’s Slavic peoples.

Franz Josef’s later years were marked by a series of tragedies in his family. In 1889 his only son and heir to the throne, Archduke Rudolf, committed suicide; Franz Josef’s second younger brother, Karl Ludwig, had died in 1896 from illness due to bad water he drank while on a holy lands pilgrimage; in 1898 Elizabeth was assassinated by an Italian anarchist.

Succession to the Austrian throne was not simple. Following the suicide of Franz Josef’s only son Rudolf, the next in succession would have been Franz Josef’s younger brother Maximillian. Maximillian, however, had been executed by a firing squad in Mexico in 1867 after a 3 year reign as Emperor of Mexico. Karl Ludwig’s oldest son, Franz Ferdinand replaced Rudolf as heir to the throne. Franz Ferdinand was assassinated by a Serbian nationalist in Sarajevo in June 1914. The assasination precipitated a crisis which led to the outbreak of World War I.

Franz Josef died on November 21, 1916. He did not live to see Austria’s defeat in the war. His grand nephew, Karl I assumed the throne for two years, but was the last Habsburg monarch.

William served in the army from 1814 onward, fought against Napoleon I of France during the Napoleonic Wars, and was reportedly a very brave soldier. He fought under Bl&uuml;cher at the Battles of Waterloo and Ligny. He also became an excellent diplomat by engaging in diplomatic missions after 1815.

During the Revolutions of 1848, William successfully crushed a revolt that was aimed at his elder brother King Frederick William IV. The use of cannons made him unpopular at the time and earned him the nickname Kart&auml;tschenprinz (Prince of Grapeshot).

In 1857 Frederick William IV suffered a stroke and became mentally disabled for the rest of his life. In January 1858 William became Prince Regent for his brother.

On January 2, 1861 Frederick William died and William ascended the throne as William I of Prussia. He inherited a conflict between Frederick William and the liberal parliament. He was considered a politically neutral person as he intervened less in politics than his brother. William nevertheless found a conservative solution for the conflict: he appointed Otto von Bismarck to the office of Prime Minister. According to the Prussian constitution, the Prime Minister was responsible solely to the king, not to parliament. Bismarck liked to see his work relationship with William as that of a vassal to his feudal superior. Nonetheless it was Bismarck who effectively directed the politics, interior as well as foreign; on several occasions he gained William’s assent by threatening to resign.

In the aftermath of the Franco-Prussian War William was proclaimed German Emperor on January 18, 1871 in Versailles Palace. The title &quot;German Emperor&quot; was carefully chosen by Bismarck after discussion until (and after) the day of the proclamation. William accepted this title grudgingly as he would have preferred &quot;Emperor of Germany&quot; which, however, was unacceptable to the federated monarchs, and would also have signalled a claim to lands outside of his reign (Austria, Switzerland, Luxemburg etc.). The title &quot;Emperor of the Germans&quot;, as proposed in 1848, was ruled out from the start anyway, as he considered himself chosen &quot;by the grace of God&quot;, not by the people as in a democratic republic.

By this ceremony, the North German Confederation (1867-1871) was transformed into the German Empire (&quot;Kaiserreich&quot;, 1871-1918). This Empire was a federal state; the emperor was head of state and president (primus inter pares - first among equals) of the federated monarchs (the kings of Bavaria, W&uuml;rttemberg, Saxony, the grand dukes of Baden and Hesse, and so on, not to forget the senates of the free cities of Hamburg, L&uuml;beck and Bremen).

On May 11, 1878, Max H&ouml;del failed in an assassination attempt on William in Berlin. A second attempt was made on June 2, 1878, by the anarchist Karl Nobiling, who wounded William before committing suicide. These attempts became the pretext for the institution of the Anti-Socialist Law, which was introduced by Bismarck’s government with the support of a majority in the Reichstag in October 18, 1878, for the purpose of fighting the socialist and working-class movement. The laws deprived the Social Democratic Party of Germany of its legal status; they prohibited all organizations, workers’ mass organizations and the socialist and workers’ press, decreed confiscation of socialist literature, and subjected Social-Democrats to reprisals. The laws were extended every 2-3 years. Despite this policy of reprisals the Social Democratic Party increased its influence among the masses. Under pressure of the mass working-class movement the laws were repealed on October 1, 1890.

In his memoirs, Bismarck describes William as an old-fashioned, courteous, infallibly polite gentleman and a genuine Prussian officer, whose good common sense was occasionally undermined by &quot;female influences&quot;. 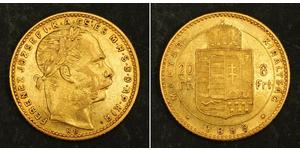 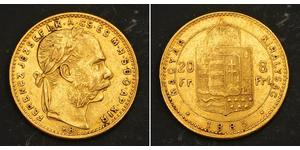 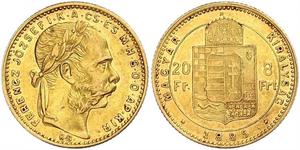 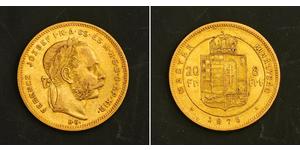 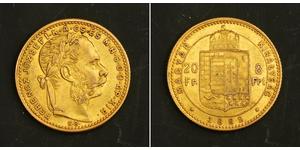 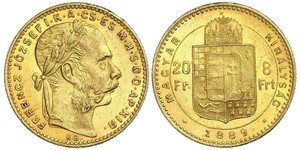 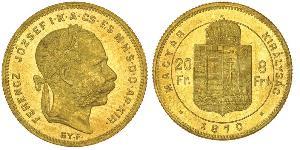 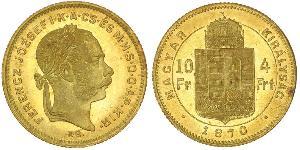 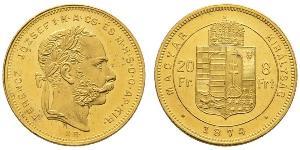 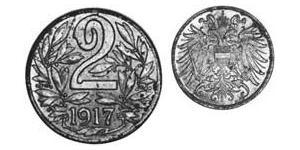 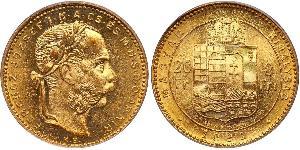 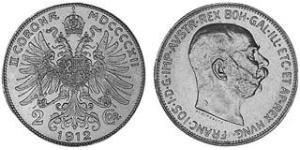 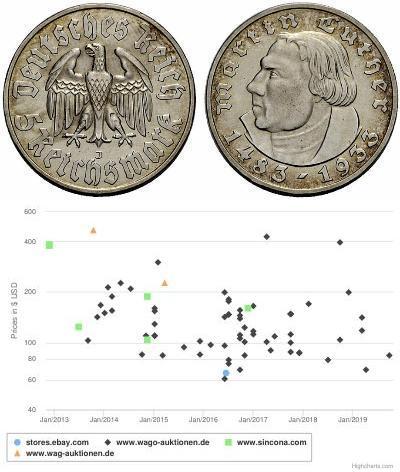