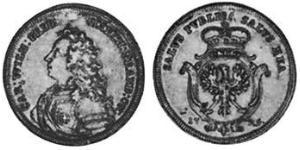 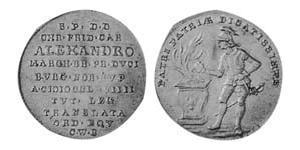 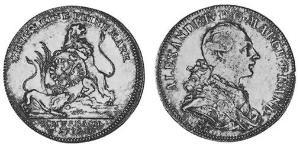 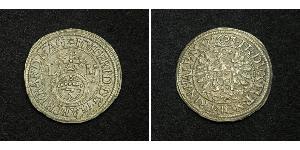 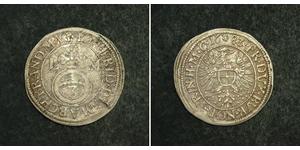 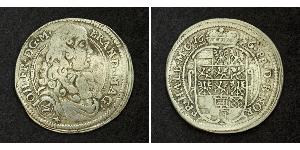 The Principality of Ansbach (German: Fürstentum Ansbach) or Brandenburg-Ansbach was a reichsfrei principality in the Holy Roman Empire centered on the Bavarian city of Ansbach. The ruling Hohenzollern princes of the land were known as margraves, as the principality was a margraviate (but not a march).

The principality was established at the death of Frederick V, Burgrave of Nuremberg, on 21 January 1398, when his lands were partitioned between his two sons. The younger son, Frederick VI, received Ansbach and the elder, John III, received Bayreuth. After John III's death on 11 June 1420, the two principalities were reunited under Frederick VI, who had become Elector Frederick I of Brandenburg in 1415.

Upon Frederick I's death on 21 September 1440, his territories were divided between his sons; John received the principality of Bayreuth (Brandenburg-Kulmbach), Frederick received Brandenburg, and Albert received Ansbach. Thereafter Ansbach was held by cadet branches of the House of Hohenzollern, and its rulers were commonly called Margraves of Brandenburg-Ansbach.

On 2 December 1791, the reigning Prince and Margrave of Ansbach, Alexander, who had also succeeded to Bayreuth, sold the sovereignty of his principalities to King Frederick William II of Prussia. The Margrave was middle-aged and childless, and Frederick William was his kinsman as the head of the House of Hohenzollern. The Margrave moved to England with his English second wife. Ansbach was formally annexed on 28 January 1792.