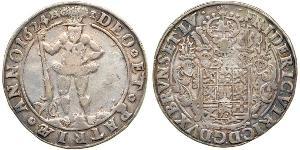 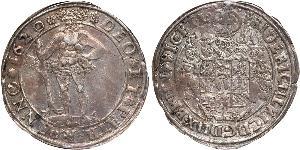 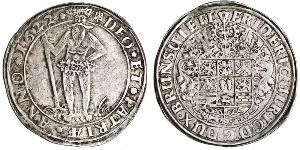 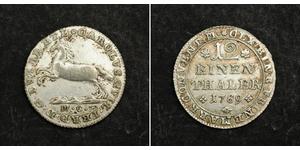 Frederick Ulrich (German Friedrich Ulrich, 5 April 1591 – 11 August 1634), Duke of Brunswick-Lüneburg, was prince of Wolfenbüttel from 1613 until his death.

Frederick Ulrich was the son of Duke Henry Julius of Brunswick-Wolfenbüttel (1564-1613) and his second wife Princess Elisabeth of Denmark (1573-1625), the eldest daughter of King Frederick II of Denmark. Frederick studied at the universities of Helmstedt and Tübingen, and became ruling duke after the death of his father in 1613. In 1615, Frederick became involved in a war with the City of Brunswick, which was reluctant to recognize his overlordship.

Between 1616 and 1622, he was de facto deposed by his mother, Elizabeth, with the help of her brother, King Christian IV of Denmark, because of his alcoholism; government business was led by Anton von Streithorst, who nearly ruined the state by minting coins from cheap metals and thus causing inflation. Because of the bad situation of the state, Christian had Frederick take control of the government again. With the help of the states' nobility, he managed to regain control; the members of the Streithorst government fled the state.

Because of Frederick's indecision and weakness, Brunswick was heavily ransacked during the Thirty Years' War — both by the Catholic forces of Tilly and Pappenheim and by the Protestant forces of Christian of Denmark and Gustavus Adolphus of Sweden. The duke lost most of his territory during this time. He died after an accident in 1634.

Frederick Ulrich married Anna Sophia (1598-1659), daughter of John Sigismund, Elector of Brandenburg, in 1614. They had no children and Frederick tried to get a divorce from Anna, though he died before the divorce was completed. Anna Sophia spent her widowhood in Schöningen, where she founded a renowned school, the Anna-Sophianeum.