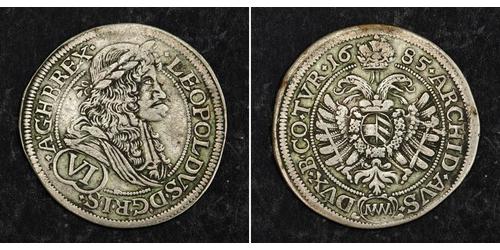 Leopold I possessed a more extreme example of the Habsburg jaw which is evident from his portraits which depict it rather consistently. On his coins this feature is depicted less consistently ranging from a slight protrusion to the extremely pronounced distended jaw which led to the nickname: Leopold the Hogmouth.