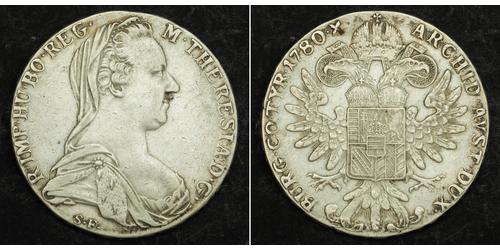 For your consideration, a decent London mint variety of the famous Maria Theresa Thaler, re-struck posthumously during 1936-1961.