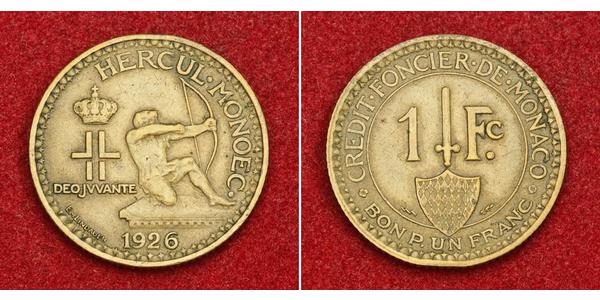 Monaco, officially the Principality of Monaco (French: Principauté de Monaco; Monégasque: Principatu de Múnegu; Italian: Principato di Monaco; Occitan: Principat de Mónegue), is a small sovereign city-state located in South Western Europe on the northern central coast of the Mediterranean Sea. It is surrounded on three sides by its neighbour, France, and its centre is about 16 km (9.9 mi) from Italy. Its area is 2.02 km2 (0.78 sq mi) with an estimated population of almost 33,000.

Monaco is the name of the country and its capital (and only) city. It is famous as a tax haven, and wealthy foreigners make up the majority of the population at approximately 84%.

Monaco is a constitutional monarchy and principality, with Prince Albert II as head of state. The House of Grimaldi has ruled Monaco since 1297, and the state's sovereignty was officially recognized by the Franco-Monegasque Treaty of 1861. Despite Monaco being independent, its national defense is the responsibility of France.

Born Louis Honoré Charles Antoine Grimaldi in Baden-Baden, Germany, he was the only child of Prince Albert I of Monaco (1848–1922), and Lady Mary Victoria Hamilton (11 December 1850 – 14 May 1922). His mother was a daughter of William Alexander Anthony Archibald Hamilton, 11th Duke of Hamilton, and his wife, Princess Marie Amélie Elizabeth Caroline of Baden.

Within a year of his parents' marriage Louis was born, but his   mother, a strong-willed 19-year-old, disliked Monaco and was unhappy   with her husband. Shortly thereafter, she left the country permanently,   and the princely couple's marriage was annulled in 1880. Louis was   raised in Germany by his mother and stepfather, Count -and later Prince- Tassilo Festetics von Tolna, along with his eldest half-sister, Maria-Mathilde (later grandmother of Ira von Fürstenberg), and did not see his father until age 11 when he was obliged to return to Monaco to be trained for his future princely duties.

Louis' father, Prince Albert I, was a dominating personality who had   made Monaco a center of cultural activity and whose intellectual   achievements were recognized around the world. Unhappy, living with his   cold and distant father, as soon as he was old enough, Louis went to France, enrolling in the Saint-Cyr Military Academy. Four years later, after graduating, he asked to be posted with the French Foreign Legion fighting the wars in the African colonies.

While stationed in Algeria, he met Marie Juliette Louvet (1867–1930), a cabaret singer. Juliette was already the mother of two children, Georges and   Marguerite, by her former husband, French "girlie" photographer Achille   Delmaet. Reportedly, Prince Louis fell deeply in love but, because of   what in those days was seen as her ignominious station in life, his   father would not permit the marriage. It has been asserted that Louis   ignored his father and married Juliette in 1897: there is, however, no   evidence for this allegation. Their illegitimate daughter, Charlotte Louise Juliette, was born on 30 September 1898 in Constantine, Algeria. There is no mention of Marie Juliette Louvet in the authorized biography of her grandson, Prince Rainier III, who is Monegasque by nationality but genealogically is French, Mexican, Italian, German, Scottish and English.

For ten years, Louis served in the military with distinction, being awarded the Cross of the Legion of Honor. In 1908 he returned home, leaving behind his mistress and daughter. At the outbreak of World War I, he re-enlisted in the French Army,   proving to be one of the Fifth Army's most outstanding soldiers. He was   made a Grand Officer of the Legion of Honor and eventually became a Brigadier General.

A political crisis loomed for the Prince because without any other heir, the throne of Monaco would pass to his first cousin Wilhelm, the duke of Urach, a German nobleman who was a son of Prince Albert's aunt, Princess Florestine of Monaco.   To ensure this did not happen, in 1911 a law was passed recognizing his   illegitimate daughter, Charlotte, as Louis's acknowledged heir, and   making her part of the sovereign family. This law was later held to be   invalid under the 1882 statutes. Thus another law was passed in 1918   modifying the statutes to allow the adoption of an heir, with succession   rights. Charlotte was formally adopted by Louis in 1919, and became Charlotte Louise Juliette Grimaldi, Princess of Monaco, and Duchess of Valentinois.

Wilhelm, 2nd Duke of Urach,   thus placed further back in the line of succession to the throne of   Monaco, was chosen as King of Lithuania for a few months in 1918, being   known as Mindaugas II. It is thus a moot point whether it would have   been possible for him to be the sovereign of two European countries   simultaneously, had he in fact succeeded to the throne of Monaco, but he   had several sons. In any case he renounced his claim to the   principality in 1924, passing it to other French cousins that were also   descended from the Grimaldi family, the counts of Chabrillan.

On 17 July 1918, largely because of the von Urach potential claim,   France and Monaco had also signed a brief but far-reaching treaty   requiring prior French approval of all future Monégasque princes.   Article 2. specified: "Measures concerning the international   relations of the Principality shall always be the subject of prior   consultations between the Government of the Principality and the French   Government. The same shall apply to measures concerning directly or   indirectly the exercise of a regency or succession to the throne, which   shall, whether by marriage or adoption or otherwise, pass only to a   person who is of French or Monégasque nationality and is approved by the   French Government." Under article 3 Prince Albert agreed "...for   himself and his successors the commitment assumed towards the French   Government not to alienate the Principality, in whole or in part, in   favour of any Power other than France."

On 27 June 1922, Prince Albert I died in Paris.   Louis Grimaldi ascended to the throne as Louis II, Prince of Monaco.   While his reign never achieved the grandeur of his father, Louis II left   an indelible imprint on the tiny principality. In 1924 the Monaco Football Club was formed and in 1929, the first Grand Prix of Monaco automobile race was held, won by Charles Grover (aka "Williams") driving a Bugatti painted in what would become the famous British racing green color. He collected artefacts belonging to Napoleon I which are now assembled and displayed in the Napoleon Museum attached to the Royal Palace in Monte Carlo.

Particularly in the earlier years of Prince Louis' reign, he acquired   the reputation for administrative probity: he obtained the departure of Camille Blanc who had long managed Monte Carlo Casino, about whom there were increasing questions as to his administration of the Casino's affairs.

In 1931, the prestige of Monaco's cultural life received a boost when René Blum was hired to form the "Ballet de l'Opéra à Monte-Carlo." Just before the outbreak of World War II in 1939, a modern large football stadium had been built where the Universiade were staged at the newly named "Stade Prince Louis II."

While Prince Louis' sympathies were strongly pro-French, he tried to keep Monaco neutral during World War II but supported the Vichy France government of his old army colleague, Marshal Pétain.   Nonetheless, his tiny principality was tormented by domestic conflict   partly as a result of Louis' indecisiveness and also because the   majority of the population was of Italian descent and they supported the fascist regime of Italy's Benito Mussolini.   In 1943, the Italian Army invaded and occupied Monaco, setting up a   Fascist government administration. Shortly thereafter, following   Mussolini's collapse in Italy, the German army occupied Monaco and began the deportation of the Jewish population. Among them was René Blum, founder of the Opera, who died in Auschwitz, a Nazi concentration camp. Under Prince Louis' secret orders, the Monaco police, often at great risk to themselves, warned people in advance that the Gestapo was about to arrest them[citation needed].

However, throughout the War, Prince Louis' vacillation caused an enormous rift with his grandson Rainier, the heir to the throne, who strongly supported the Allies against the Nazis.

For a number of months in 1944, communists participated in the   Liberation administration of Monaco and it is a moot point to debate how   strong a position Louis II was in, in 1944, to resist any attempts to   abolish the monarchy in Monaco.

Following the liberation of Monaco by the Allied forces,   the 75-year-old Prince Louis did little for his principality and it   began to fall into severe neglect. By 1946, he was spending most of his   time in Paris and on 24–27 July of that year, he married in Monaco for the first time. His wife was Ghislaine Dommanget (1900–91), a French film actress and former wife of actor André Brulé. Absent from Monaco during most of the final years of his reign, he and his wife lived at Marchais, the family estate near Paris.

Prince Louis died in 1949 in the Prince's Palace and is buried at the Saint Nicholas Cathedral in Monte Carlo, Monaco. His widow, Ghislaine, Dowager Princess of Monaco, died on 30 April 1991 in Paris, where she was interred in the Passy Cemetery.

Hereditary Princess Charlotte ceded her succession rights to her son, Rainier, in 1944, at which time   he became Hereditary Prince. When Louis died five years later, he was   succeeded by his grandson, Prince Rainier III.