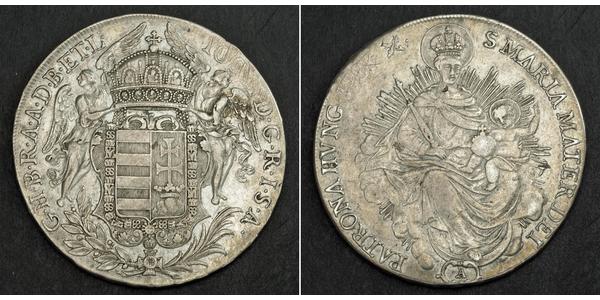 Joseph Benedikt Anton Michael Adam (March 13, 1741 – February 20, 1790) was Holy Roman Emperor from 1765 to 1790 and ruler of the Habsburg lands from 1780 to 1790. He was the eldest son of Empress Maria Theresa and her husband, Francis I. Joseph was a proponent of enlightened absolutism. He has substantially modernized his empire, introduced religious freedom and standard human rights for Jews, abolished serfdom and censorship, introduced a working network of hospitals, a new cadastre, a universal tax system, helped to expand manufacturing, and approved 6,000 additional decrees. Some of these reforms faced a vehement opposition by peasants and lords in several kingdoms and largely failed (e.g. in Hungary) but he gained immense popularity in other, more developed kingdoms, especially Bohemia where the name "Josef" became the most popular male first name.

The death of Maria Theresa on November 29, 1780, left Joseph free. He immediately directed his government on a new course. He proceeded to attempt to realize his ideal of enlightened despotism acting on a definite system for the good of all. The measures of emancipation of the peasantry which his mother had begun were carried on by him with feverish activity. The spread of education, the secularization of church lands, the reduction of the religious orders and the clergy in general to complete submission to the lay state, the issue of the Patent of Tolerance (1781) providing limited guarantee of freedom of worship, the promotion of unity by the compulsory use of the German language—everything which from the point of view of 18th century philosophy, the Age of Enlightenment, appeared "reasonable"—were undertaken at once. He strove for administrative unity with characteristic haste to reach results without preparation.

In addition, Joseph abolished serfdom in 1781. Later, in 1789, he decreed that peasants must be paid in cash payments rather than labor obligations. These policies were violently rejected by both the nobility and the peasants, since their barter economy lacked money.

Also he abolished the death penalty in 1787 and it remained until 1795.