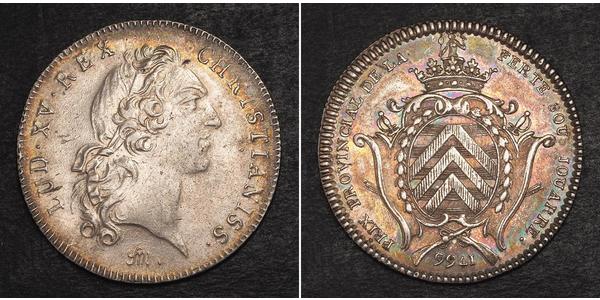 An arquebus (/ˈɑːrk(w)ɪbəs/ AR-k(w)ib-əs) is a form of long gun that appeared in Europe and the Ottoman Empire during the 15th century. An infantryman armed with an arquebus is called an arquebusier.

Although the term arquebus, derived from the Dutch word Haakbus ("hook gun"), was applied to many different forms of firearms from the 15th to 17th centuries, it originally referred to "a hand-gun with a hook-like projection or lug on its under surface, useful for steadying it against battlements or other objects when firing". These "hook guns" were in their earliest forms of defensive weapons mounted on German city walls in the early 15th century. The addition of a shoulder stock, priming pan, and matchlock mechanism in the late 15th century turned the arquebus into a handheld firearm and also the first firearm equipped with a trigger.

The exact dating of the matchlock's appearance is disputed. It could have appeared in the Ottoman Empire as early as 1465 and in Europe a little before 1475. The heavy arquebus, which was then called a musket, was developed to better penetrate plate armor and appeared in Europe around 1521. Heavy arquebuses mounted on wagons were called arquebus à croc. These carried a lead ball of about 3.5 ounces (100 g).

A standardized arquebus, the caliver, was introduced in the latter half of the 16th century. The name "caliver" is derived from the English corruption of calibre, which is a reference to the gun's standardized bore. The caliver allowed troops to load bullets faster since they fit their guns more easily, whereas before soldiers often had to modify their bullets into suitable fits, or were even forced to make their own prior to battle.

The matchlock arquebus is considered the forerunner to the flintlock musket.

La Ferté-sous-Jouarre  is a commune in the Seine-et-Marne département in the Île-de-France region in north-central France. It is located at a crossing point over the River Marne between Meaux and Château-Thierry.

The Royal-Champagne cavalry regiment is a cavalry regiment of the Kingdom of France , then of the French Republic and the Consulate , created in 1682. In February 20, 1743 this unit was renamed regiment of La Rochefoucauld cavalry (one of the oldest French noble families of the high nobility).