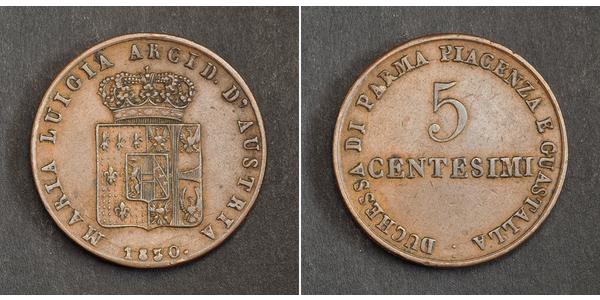 Obverse: Crowned ducal coat-of-arms of Parma with a small shield of the House of Habsburg in the middle. Legend: MARIA LUIGIA ARCID. D'AUSTRIA 1830.