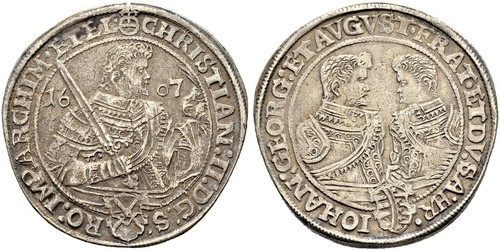 The Albertine line was founded by Albrecht the Courageous, who was a grandson of Friedrick, margrave of Meissen and Thuringia. Friedrick’s gransdons Ernst and Albrecht divided the family property in 1495 ( into the Ernestine and Albertine lines) with Albert obtaining Meissn and Osterland, in what later became the kingdom of Saxony.

Christian II (b. Dresden, 23 September, 1583 – d. Dresden, 23 June, 1611) was a Elector of Saxony and member of the House of Wettin. He was the eldest son of Christian I of Saxony and Sophie of Brandenburg. Christian succeeded his father as Elector of Saxony in 1591, with only eight years. For this, his kinsman, the Duke Frederick Wilhelm I of Saxe-Weimar, assumed the regency of the Electorate until 1601, when Christian was declared an adult and began his government. In the course of the event that eventually led to the Thirty Years' War, his refusal to step the union of Abhausen deepened the division between the Protestant German states. In Dresden on 12 September 1602, Christian married with Hedwig, daughter of the King Frederick II of Denmark. This marriage was childless. Without direct heirs, on his death his brother Johann Georg succeeded him as Elector. 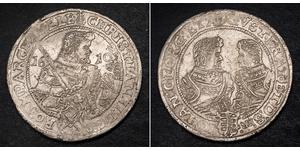 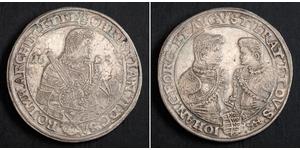 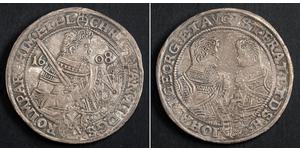 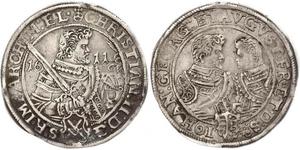 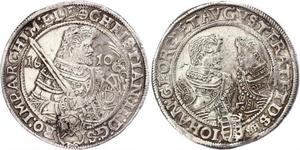 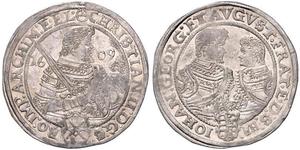 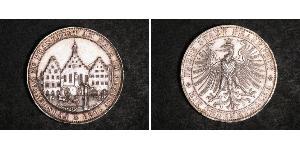 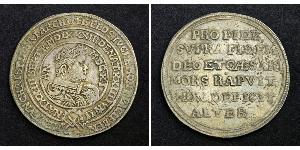 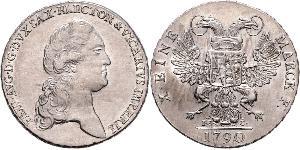 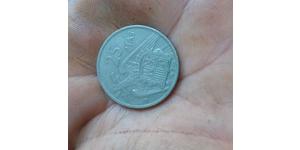 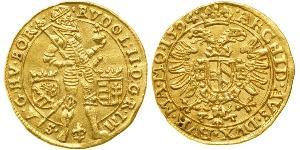 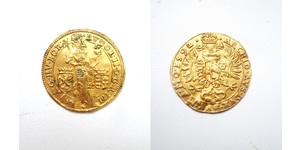