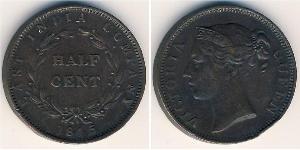 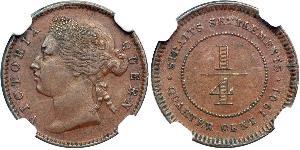 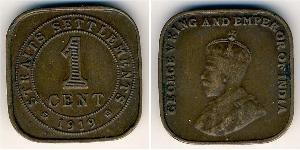 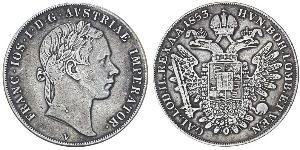 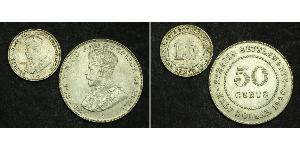 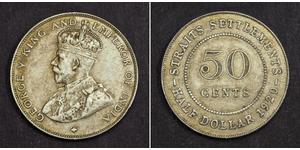 The Straits Settlements (Malay: Negeri-negeri Selat, نڬري-نڬري سلت; Chinese: 叻嶼呷[1]) were a group of British territories located in Southeast Asia. Originally established in 1826 as part of the territories controlled by the British East India Company, the Straits Settlements came under direct British control as a Crown colony on 1 April 1867. The colony was dissolved in 1946 as part of the British reorganisation of its Southeast Asian dependencies following the end of the Second World War.

The Straits Settlements consisted of the four individual settlements of Malacca, Dinding, Penang (also known as Prince of Wales Island) and Singapore (with Christmas Island and the Cocos Islands). The island of Labuan, off the coast of Borneo, was also incorporated into the colony with effect from 1 January 1907, becoming a separate settlement within it in 1912. Most of the territories now form part of Malaysia, from which Singapore gained independence in 1965, while Christmas Island and the Cocos Islands were transferred to Australian control.

The establishment of the Straits Settlements followed the Anglo-Dutch Treaty of 1824 between the United Kingdom and the Netherlands, by which the Malay archipelago was divided into a British zone in the north and a Dutch zone in the south. This resulted in the exchange of the British settlement of Bencoolen (on Sumatra) for the Dutch colony of Malacca and undisputed control of Singapore. The Settlements were largely Chinese in population, with a tiny but important European minority.[2] Their capital was moved from Penang to Singapore in 1832. Their scattered nature proved to be difficult and, after the Company lost its monopoly in the china trade in 1833, expensive to administer.[3]

During their control by the East India Company, the Settlements were used as penal settlements for Indian civilian and military prisoners,[4] earning them the title of the 'Botany Bays of India'.[5] The years 1852 and 1853 saw minor uprisings by convicts in Singapore and Penang.[6] Upset with East India Company rule, in 1857 the European population of the Settlements sent a petition to the British Parliament[7] asking for direct rule; but the idea was overtaken by events – the Indian Rebellion of 1857.

When a 'Gagging Act' was imposed to prevent the uprising in India spreading, the Settlements' press reacted with anger, classing it as something that subverted 'every principle of liberty and free discussion'.[8] As there was little or no vernacular press in the Settlements, such an act seemed irrelevant: it was rarely enforced and ended in less than a year.[9]

On 1 April 1867 the Settlements became a British Crown colony, making the Settlements answerable directly to the Colonial Office in London instead of the government of British India based in Calcutta, British India. Earlier, on 4 February 1867, Letters Patent had granted the Settlements a colonial constitution. This allocated much power to the Settlements' Governor, who administered the colony of the Straits Settlements with the aid of an Executive Council, composed wholly of official (i.e. ex-officio) members, and a Legislative Council, composed partly of official and partly of nominated members, of which the former had a narrow permanent majority. The work of administration, both in the colony and in the Federated Malay States, was carried on by means of a civil service whose members were recruited by competitive examination held annually in London.

Penang and Malacca were administered, directly under the governor, by resident councillors.

The Dindings, consisting of some islands near the mouth of the Perak River and a small piece of territory on the adjoining mainland, were ceded by Perak to the British government under the Pangkor Treaty of 1874. Hopes that its excellent natural harbour would prove to be valuable were doomed to disappointment, and the islands, sparsely inhabited and altogether unimportant both politically and financially, were returned to and administered by the government of Perak sometime after World War I.

Province Wellesley, on the mainland opposite the island of Penang, was ceded to Great Britain in 1798 by the Sultan of Kedah, on its northern and eastern border; Perak lies to the south. The boundary with Kedah was rectified by treaty with Siam (now Thailand) in 1867. It was administered by a district officer, with some assistants, answering to the resident councillor of Penang. Province Wellesley consisted, for the most part, of fertile plain, thickly populated by Malays, and occupied in some parts by sugar-planters and others engaged in similar agricultural industries and employing Chinese and Tamil labour. About a tenth of the whole area was covered by low hills with thick jungle. Large quantities of rice were grown by the Malay inhabitants, and between October and February there was snipe-shooting in the paddy fields. A railway from Butterworth, opposite Penang, runs into Perak, and thence via Selangor and Negri Sembilan to Malacca, with an extension via Muar under the rule of the sultan of Johor, and through the last-named state to Johor Bharu, opposite the island of Singapore.

The Cocos (Keeling) Islands (which were settled and once owned by a Scottish family named Clunies-Ross) and Christmas Island, formerly attached to Ceylon, were in 1886 transferred to the care of the government of the Straits Settlements in Singapore along with the addition of Labuan in 1906.

The governor of the Straits Settlements was also High Commissioner for the Federated Malay States on the peninsula, for British North Borneo, the sultanate of Brunei and Sarawak in Borneo. Since the administration of the colony of Labuan, which for a period was vested in the British North Borneo Company, was resumed by the British government he was also governor of Labuan. British residents controlled the native states of Perak, Selangor, Negri Sembilan and Pahang, but on 1 July 1896, when the federation of these states was effected, a resident-general, responsible to the (governor as) high commissioner, was placed in supreme charge of all the British protectorates in the peninsula.

After the war, the colony was dissolved with effect from 1 April 1946, with Singapore becoming a separate Crown colony (and ultimately an independent republic), while Penang and Malacca joined the new Malayan Union (a predecessor of modern-day Malaysia). Labuan was briefly annexed to Singapore, before being attached to the new colony of British North Borneo.

The Cocos or Keeling Islands and Christmas Island, originally made part of the Crown colony of Singapore in 1946, were transferred to Australian administration in 1955 and 1957 respectively.

The following are the area and population, with details of race distribution, of the colony of the Straits Settlements, the figures being those of the census of 1901: