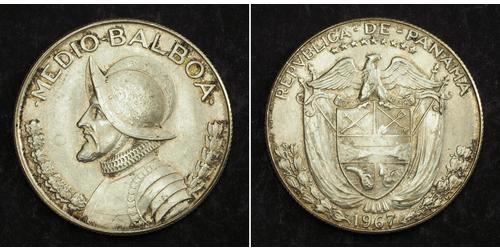 Reverse: Nine  stars above eagle with banner (PRO MVNDI BENEFICIO - "For the benefit of the world") in beak which is perched on coat-of-arms of Panama. Legend: REPVBLICA - DE - PNAMA / 1967