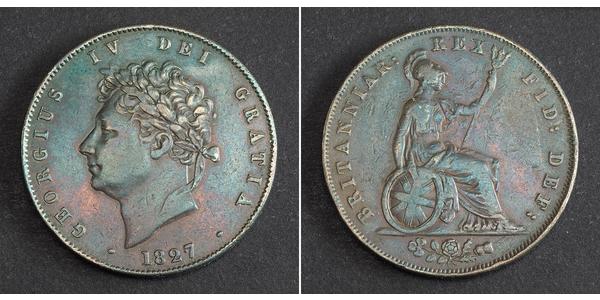 George IV (George Augustus Frederick; 12 August 1762 - 26 June 1830) was the king of Hanover and the United Kingdom of Great Britain and Ireland from the death of his father, George III, on 29 January 1820 until his own death ten years later. From 1811 until his accession, he served as Prince Regent during his father's relapse into insanity from an illness that is now suspected to have been porphyria.

George IV is remembered largely for his extravagant lifestyle that contributed to the fashions of the British Regency. By 1797 his weight had reached 17 stone 7 pounds (111 kg or 245 lb), and by 1824 his corset was made for a waist of 50 inches (127 cm). He was a patron of new forms of leisure, style and taste. He commissioned John Nash to build the Royal Pavilion in Brighton and remodel Buckingham Palace, and Sir Jeffry Wyatville to rebuild Windsor Castle. He was largely instrumental in the foundation of the National Gallery, London and King's College London.

He had a poor relationship with both his father and his wife, Caroline of Brunswick, whom he even forbade to attend his coronation. For most of George's regency and reign, Lord Liverpool controlled the government as Prime Minister. Though George IV played little part in the Napoleonic Wars, he did interfere in politics. He resisted Catholic emancipation, and introduced the unpopular Pains and Penalties Bill to Parliament in a desperate, and ultimately unsuccessful attempt, to divorce his wife. 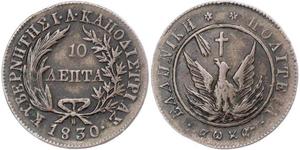 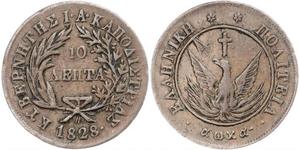 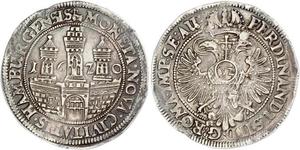 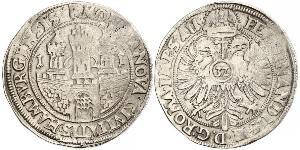 Hamburg-StadtTaler 1621, Hamburg. Davenport 5364. Sehr schön
You may be interested in ...
Market